WE ARE CUTTING THE THROAT OF WHITENESS 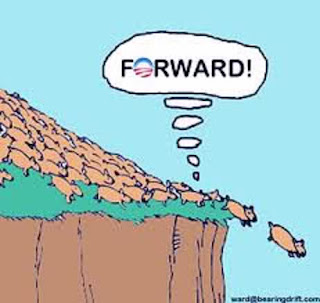 Picture ... It's hazy. See for yourself

"Malema later tweeted: ‘Hahaha, you are going, white man. I’ve got no sympathy for whiteness, it feels so good for a black child to determine the future of the white one.

Because the mayor of DA in PE* is a white man. So, these people, when you want to hit them hard – go after a white man. They feel a terrible pain, because you have touched a white man … but we are starting with this whiteness.' "[i]

*Should be Nelson Mandela Bay?

What the Bay left with? A “mayor with a dubious reputation” supported – perhaps, perhaps not – by two minority parties who don’t usually see eye to eye. Considering the recent past throughout South Africa (SA) for those less able to fend for themselves, NMB will possibly begin the plunge to join with “92% of municipalities (that) are in financial trouble” – AG, June 2016.[ii]

No Racism In Facts

Jump to May this year when Auditor-General Kimi Makwe noted[iii] political interference and infighting in councils results in “a lack of political will to ensure accountability”. Municipalities are unable to deliver even the most basic of services … clean water, sanitation and electricity, and far from building new[iv], what infrastructure they have isn’t maintained.

The rise in protests have nothing to do with whites (or pinks, pretty red or shades of brown). People are frustrated with failure which, says the A-G, is compounded by a lack of appropriate skills and failure to fill key positions.

1.       the 49% is drawn from 8.4% of South Africans[vii],
2.       it is estimated over the next 10 years about 1/3rd of that 49%, the most experienced, will retire,
3.       in the words of Munyaradzi Nkomo[viii], “we’ve seen a further increase (since Ramaphosa took over) in people looking to leave the country … professionals”, and while
4.       vacancies will abound political and academic leaders should surely assess whether they’ll be filling posts or doing what we need - employing nation-building dedication and skill?

At school, where foundations should be cemented, South Africa’s educators determined a 29% fail line. World average expectation of school-learners is that they achieve around 50%. If that applied to the 2017 matric results, the pass rate of 75.1% would drop to 33%[ix].

The vast majority of students are black. Of the 60% at uni who survive the 1st year only 15% will graduate[xii].  And “Black and female students are (seriously) under-represented in science, engineering and technology [xiii]“… yet presumably even with tight(er) selection … “the highest failure rates were in the maths and science programmes (as) students tended to struggle with “anything with a maths component”[xiv].

Maybe walking out of tests will force the issue of a certificate, but creating import-substitution industries won’t grow that way[xv].

This not about racism or why SA is in this position. It is about today

What are we going to do when those with the needed skills are gone? Or pushed aside?

Forget about most engineering or science-required projects … we cannot even manage the most vital of all:  “South Africa is a water-scarce country … Major challenges perceived included a lack of both skills and political will in government … to deliver water-related services, and a failure to up-scale existing water re-use technology”[xvii].

Erik S Reinert[xviii], the scientist who authored the analysis of why poor countries stay poor, again reminded us that in the developing world even the qualified bus driver should have a more qualified mentor sitting at the back.

Overseas folk will come temporary to fill the gap, with danger money conditions, but as the toll-road debacle showed they can be overly expensive and when the goals aren’t set properly, inefficient. We can’t even deliver mail[xix].  “In sub-Saharan Africa, per capita GDP is now less than it was in 1974”[xx].

They decided it was enough to control the thinkers. They thought control would pass for wisdom, knowledge and skill and the music would play forever.

Mazibuye African Congress with its strict anti-white membership policy[xxii] is an interesting pod of elves. Who is to restart the music when there are no whites to be excluded?

Should we concentrate on building a Rainbow Nation? Malema is divided.
He told the local Huffingtonpost 2 years ago, “We cannot imagine South Africa without white people”[xxiii] but 2 weeks ago he tweeted, “Hahaha, you are going, white man”.

Why’s he important? It is the handful of Malemas - not the people, not the scientists and academics – who will dictate how hard we land.


[1] “… white emigrants appear to be outnumbered by growing numbers of black professionals who have joined the global skills market.” … Department of Home Affairs quoted by Staff Writer, BusinessTech, 23 May 2018