'Mr Boomslang' is the title story of the book of short stories 'Mr Boomslang & 7 Other Rhodesian Fireside Tales' available here on Kindle and Paperback. 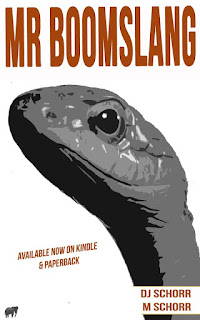