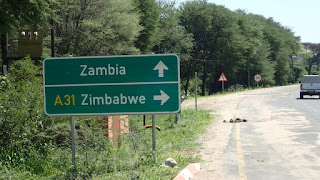 2018 will be remembered in South Africa as the year those who can leave did leave - statistics will show emigration records were broken[i].  After hundreds of years of learning about each other, the race is lost … we all fell at the final hurdle.

Although politics and processes were different back then history shows the whites in the team made some dreadful mistakes but on every occasion, they paid for them.

The election of the Nationalist Party destroyed every ounce of inter-racial goodwill[ii] that grew within the ambit of World War II work. Verwoerd made things worse by creating a white republic in 1961 and Smith stupidly followed suit by dismissing the workable British plan to enable-induce a participatory-capitalist model.

A significant exodus of educated Afrikaners happened in 1961 and with every crazy move by those visionless leaders thereafter moderate/smart whites left … they knew there is no point talking to a people who believe in belief, and that’s the right-wing. And it wasn’t just the whites … in Rhodesia most of the few[iii] really smart blacks left too.

By 1978 white Rhodesians had realised a nation in the tough environment of Africa cannot be built by one group alone – it is a multiracial task. In the 1980s the whites of SA came to the same conclusion and slowly the train climbed the slope to majority rule in 1994.

But it wasn’t a one-way political lane: IMF interference in Zimbabwe in the 90s saw many professionals and skilled blacks leave while in SA Mandela took over Africa's most advanced country without enough competent managers and professionals.

Since then report after report by the Auditor General and daily public demonstrations of unhappiness with governance suggest competency levels have dropped further. It would be interesting to find out what percentage of SA’s GDP comes from the recycling of corruption monies, illegal selling of public assets, tenders paid-work not done, BEE transfers, court actions and other negatives – all wasteful but add to GDP nonetheless.

But the biggest problem is where the whites saw the error of their ways there has been no reciprocal move from black leaders to embrace whites to build the country. Currently, many black politicians facing the abyss are content to blame the whites. Only they can correct that myth but for the whites, many realise they are back where they were in the 1970s … there is no point talking to a people who believe in belief.

But it does present an opportunity for Zimbabwe.

The Zanu congress was held over the weekend – participants discussed ways to reverse the economic downturn. If President Mnangagwa is serious[iv] he will this week be shouting,

‘Come, we need you to rebuild for we’ve got so far behind the education and how-to-do-it curve.’
‘We need to redesign our army, to mobilise all to bring them commercially into the AI and Climate Change stream.’

Malaysia[vi] too is upping minimum wages but on sounder grounds - 96% of Malaysians are employed[vii]. In SA around 50% of the future, the youth, are unemployed - that’s why they’re angry Ramaphosa.

A ‘feel-good’ exercise is reduced to a sloppy ‘win-me-a-vote’ game.

When the new minimum kicks in Big Business will (again[viii]) (rightly[ix]) have self-serving SA unions by their curlies and similarly, more private people are going forget the hassle, import a robot.  It amounts to President ‘Marikana’ Ramaphosa knowingly only helping the few who have a job at the lower end of society. And logically he will be helping fewer: last year 36,000 ‘domestic-help’ sector folk lost their jobs[x].  And anyway, once transport and time costs are factored in, what family can live on the income proposed[xi]? It amounts to a meal or two for most of the ANC cabinet … why is it they cannot ‘see’ to invest in the most simple of positive-advancements today for tomorrow’s tomorrow?

Integrated communities[xii] and nationwide job creation[xiii] are examples of absolute minimums. Is it fair to say it hasn’t happened because it requires a portion each of competency, organisation skill, honesty and vision from those who have the reins? Instead Danny Msiza[xiv] types emerge.
And now Artificial Intelligence (AI) is coming … unstoppable – not negotiable.

It is an eclectic phenomenon that will change the world. We will live longer, the earth will be treated better and some among us will even create-initiate changes to the human condition, systems and environments far beyond anything present day gods have been credited with[xv]. But AI is also going to create a massive class of people designated ‘useless’. They won’t participate because they don’t have the education or the smarts to re-invent themselves every 10 years or so[xvi]. We don’t know much about how the world will be but we do know change will be that rapid.

It is exciting, but for the ill-prepared, serious. Is it "lackadaisical" whites (who have no power) Ramaphosa talks of[xvii] or does the problem lie with ANC cadres who don’t seem to understand that by 2030 it’s probable 40% of Asians and Europeans and over 80% of Africans will be in that useless class? Lowering standards[xviii], handing out certificates will not qualify people to play. It is about competency at the level of demands made on the brains of today’s junior engineering class – definitely IQ at 100.

It is impossible to train the unprepared to become adaptive problem solvers[xix]. Instead of laying foundations 24 years ago the ANC elected to not see real problems in the hope they’ll go away, preferring children’s housey-housey games with side-issues like affirmative action, putting people ‘back[xx]’ on the land and minimum wages.

What are the 80 per cent, the unemployable of 15 years time who don’t even understand Climate Change now, to do while the robots work?

Is SA’s leadership hoping California or China will agree to tax themselves to pay SA a basic income because they’ve failed to keep up?

The inability of Africa’s politicians to see further than the next bank statement as projected by ANC policies and the attitudes of the ‘kill-five-whites-for-every-black’ Mngxitama[xxi] types are going to bury South Africa - alive.

But there is hope. A nationwide national army run on a paternal – capitalist model by a visionary general committee could swing it[xxii].

In the clear-cut article ‘Here’s what will happen to our roads if we don’t pay e-tolls’ (see businesstech.co.za) South Africans are warned the road system will collapse.

The problem coming is far-far bigger than coughing up the Rands … SA is running low on civil engineers. Not tomorrow, maybe not in 2019, but SA will soon enough mirror Nigeria[xxiii]. Can you see the likes of Andile ‘kill-five-whites-for-every-black’ Mngxitama[xxiv], EFF’s Malema or Dr Nzimande (Sociology - Minister of Transport[xxv]) fixing any roads?

South Africa was known for having some of the best roads in Africa but, that’s it - ‘was known’. Science and Technology Minister Pandor recently confirmed of the 1500 engineering graduates yearly ‘only about half go on to practice engineering’ and I don’t think emigration is factored into that. There are countries where one can take a walk and feel safe that want SA’s engineers … and they’re going there.

The Minister responds by saying SA needs to encourage overseas trained engineers to come to help build the country[xxvi] – what? With danger pay? The ANC, EFF[xxvii] and thorny groups like BLF are doing their best to chase away the few they have.

But here’s the long-term bomb … International group Aurecon[xxviii] (headed up by South African educated Gustav Rohde) last year inferred that more needs to be spent on educating engineers (in 2107 it supported 60 students) noting that the biggest problem is (especially among the disadvantaged) finance[xxix]. But is that the real issue?

Or do the politicians need to face up to the horrible truth SA either doesn’t have enough smart people who want to be engineers (perhaps some haven’t been identified) or they are simply not there?
[i] https://www.thesouthafrican.com/south-africans-are-emigrating-abroad-in-record-high...
[ii] I doubt there is an Afrikaans family that hasn’t African genes.
[iii] African education only saw lift-off after WWII. Doctors, agriculturalists, researchers, secondary teachers and academics left.
[iv] Mnangagwa says Zanu-PF in particular and Zimbabwe in general must embrace the rule of law and constitutionalism … M&G today, 16 Dec 18.
[v] https://mg.co.za/article/2018-10-26-00-mboweni-misses-the-big-picture
[vi] A partner in backward thinking. Malaysia and South Africa, both experts in corruption and public monies misappropriation-cum-theft practices follow many similar nation destroying policies such as, example only, affirmative action.
[vii] https://tradingeconomics.com › Malaysia
[viii] Starting in newly independent Zambia when Anglo-American saw the Nationalist Party of SA were doomed they raised wages – dramatically – but in return those who got higher pay were expected to perform more at a higher standard and a commensurate number of folk were ‘released’, free to go sit at home.
[ix] Why should anyone pay more for inferior performance? SA government excluded of course.
[x] https://www.pressreader.com/south-africa/sunday-times/20180513/282445644698806
[xi] https://businesstech.co.za/news/lifestyle/170981/how-much-it-costs-to-feed-a-family-in-south-africa-in-2017
[xii] http://www.douglasschorr.com/2018/03/winning-communities.html
[xiii] http://www.douglasschorr.com/2018/07/sas-government-responsible-for_15.html
[xiv] https://www.news24.com/SouthAfrica/News/ancs-danny-msiza-his-r164-million-empire-20181212 and at https://reviewonline.co.za/105566/msiza-new-anc-provincial-treasurer/
[xv] I’ve yet to come across a god that can even drive a car.
[xvi] Google is becoming very censorious but even so, look up thinkers like Sam Harris and Yuval Harari and ask of the ‘useless class’.
[xvii] https://www.fin24.com/Economy/ramaphosa-growing-black-anger-about-lackadaisical-whites-with-power-20181213
[xviii] Seen again yesterday at the HAD … https://mg.co.za/article/2018-12-14-00-roof-caves-in-on-housing-agency?
[xix] https://www.youtube.com/watch?v=5-Ur71ZnNVk
[xx] Black Africans in SA have never farmed in any modern sense.
[xxi] https://southafricatoday.net/media/south-africa-video/racism-videos/south-africa-blf-has-declared-war-on-white-people/
[xxii] In South Africa’s case, where 90% of the politicians and about 80% of the population can only function to a reasonable level of competency when under sound and loving supervision, a nationwide national army is the only way… http://www.douglasschorr.com/2018/11/no-but-you-can-see-witch-doctor.html
[xxiii] https://www.pulse.ng/bi/lifestyle/here-are-the-countries-with-the-best-and-worst-roads-in-africa
[xxiv] https://southafricatoday.net/media/south-africa-video/racism-videos/south-africa-blf-has-declared-war-on-white-people/
[xxv] http://www.transport.gov.za/minister-of-transport
[xxvi] https://www.intergate-immigration.com/blog/south-africa-needs-engineers/
[xxvii] http://www.douglasschorr.com/2018/09/we-are-cutting-throat-of-whiteness.html
[xxviii] Aurecon – A global engineering and infrastructure advisory company … https://www.aurecongroup.com/
[xxix] https://www.aurecongroup.com/about/latest-news/2017/may/shortage-black-civil-engineers