IT'S A NOOSE NOT A PARACHUTE 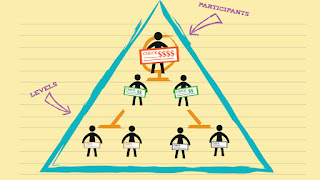 South Africa already has more foreign debt than it can pay back yet Minister Mboweni is at it again.

The common view is that on his beg request the (say) IMF[ii] will scurry throughout Europe with a collection-box explaining SA is in the crap again; please give generously. The €-billions raised will be converted into US$[iii]  and the dollars sent to Pretoria from where Ramaphosa will dish them out and save the country.

The con doesn’t work that way.

‘Where does the South African bank get the (‘authorised’) money from? It creates it out of nothing (thin air),’ explains Professor Richard Werner[iv]. What really happens is the lender bank (IMF in my example) borrows the money from SA’s banking fraternity, locally in SA, and then lends it back to SA. ‘It was all a big con.’ [v]

Uncontrolled debt leads to bubbles, lower living standards, fewer jobs. Debt used for non-productive purposes leads to total national collapse. So why does SA still play the finance game according to rules that were redundant 100 years ago?

Surely doing things locally is the way to go? If a district in Limpopo needs money to develop wouldn’t they be better served by a local bank vetting the project and issuing local money[vi]? Of course, they’d have to find honest bankers and real projects.

If you don’t like noose replacing parachute in the heading how about,
‘Is Tito about to seek IMF help to finalise the making of the remaining whites the scapegoat for deeper poverty?’[vii] A ‘loan’ together with a Structural Adjustment Programme will do it.[viii]
[i] In a long effort my favourite SA money-knowledgeable professor, Patrick Bond, explains how deep the hole is. https://mg.co.za/article/2018-12-18-00-is-tito-preparing-an-imf-financial-parachute-now-a-171bn-foreign-debt-cliff-looms?
[ii] Captured by the major western banks the IMF is run by Christine Lagarde. She was found guilty of “negligence” involving R6.5-billion back in the days when she was French finance minister – makes her eminently qualified to deal with the SA government?
[iii] Because that’s the demand of the US banks (backed by a brutal military) and if you don’t like moving in and out of the US$, tough.
[iv] See https://professorwerner.org/
[v] Beginning at 29.32 into the video. Richard Werner is essential reading/listening for anyone interested in looking after their own money.
[vi] http://www.douglasschorr.com/2018/06/south-africa-time-for-our-bank.html
[vii] It looks as though it is happening … Fin24 headline today … ‘IMF head Christine Lagarde in SA, will meet with Ramaphosa and Kganyago’
[viii] Where there is smoke … Bombshell plan to lay off 30 000 public servants | News | Politics | M&G
https://mg.co.za/.../2018-08-10-00-bombshell-plan-to-lay-off-30000-public-servants ... Aug 10, 2018