Banks are killing us but they don't have to, Part II: SA Middle Class five trillion down, and counting 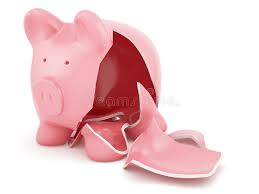 In the government promotional material, "Together we move South Africa forward”, South Africa (SA) is described a “world in one country” with “a vibrant economy”[i].

The 2012 Hollywood movie “The Hunger Games” presents a country controlled by a super-elite supported by a compliant, high-living middle class who, from the sanctuary of high-security, prove their loyalty by using and abusing the rest of the citizenry as required.

In the context of South Africa, which is fiction?

Except that every day there are more breaches of the high-security behind which SA’s wealthier are hidden surely The Hunger Games scenario is more-fact and the ANC’s blurb simple-fiction?

There is an SA elite of about 2% of mostly current and ex ANC politicians and BEE recipients with a smattering of old-order white Nationalists and business leaders.

They are supported by a majority black and minority white middle class, collectively about 18%. They behave as 1st World consumers do.

There’s a big drop to the next tier of the SA population pyramid. Here a buffer zone of 20% of the population being semi- and low-skilled technical/professional folk just manage financially.

Below them, out of sight of the 2 and 18%, roughly 60% of South Africans are failing. The bottom half of that 60 are among the world’s poorest, unhealthiest, and most angry and frustrated.

It is also the group … were SA to have any chance of succeeding in the future … from which growth should have come. In a 3rd World/Developing nation-situation they would normally provide basic but essential services and hard laboring hands and the bulk of the children for preparation for the next 50 years.

Instead they … and the buffer 20% … are rapidly falling further behind.

Since 1994 the middle class has mushroomed in size and (without any sign of productivity gain) become wealthy. Or have they?

They’ve a right to feel proud of their houses, parks, schools, shopping centres and so on that they’ve grown. Or have they been blind to reality?

Considering the single aspect of buying and improving their houses SA’s middle class has over the last 25 years made bankers, developers, supplier companies and their shareholders, the old white elite and the new political grouping incredibly rich[ii].

They did that by supporting the privately owned money system by paying excessive interest on the loans they’ve taken out. The silent killer, the interest factor, quietly added … as if it is normal … over the period of the loan, has done it.

Their improving social and economic status hasn’t helped the country in any way.
Crime is up, rand flight too … in fact every bad-for-the-country-thing is up.

In buying their homes the middle class could have fought to have interest charges drastically reduced to save themselves a fortune.

Or they could have agreed to pay the exorbitant interest provided the bulk of the resulting profit went directly to uplifting the super-poor of the townships and camps.

Instead they decided they weren’t players in the SA economy team, merely ball-carriers just as the middle class of The Hunger Games fetched and cheered for President Snow (Donald Sutherland).

The South Africa Middle Class has, and continues to, passively witness an incessant animal-like drive for maximisation and migration of profits NOW at the expense of SA’s tomorrow.

Five Trillion Down, And Counting

I arrived at five trillion rand of interest using 3 million as the number of South African households in the 1st World zone. I then asked what if in/over a rolling 25 year period 3 million homes of (on average) one million rand each were bought on a 25 year mortgage-plan at ten percent interest through the private banks[1].

Once paid it is gone … into the bankers

The R1m house sits where it was built … as necessary as it is, in commercial terms, it is unproductive. The productive portion, the R1.726m that circulated through the nation creating jobs growing wheat, baking bread, selling bread and so on, is gone[iv].

The Middle Class appear oblivious to the irony that by using private bank created money the more they better themselves the more poverty they create in the rest of the country and the quicker they dig their own graves. In 1789 Queen Marie Antoinette of France famously failed to see the same.

The R1m must be paid – on full re-payment ownership of the house changes.

That R1m initially goes into circulation in society when the seller of the house spends it.

But as the buyer of the house/borrower of the loan makes 300 monthly payments the R1m is withdrawn from society. It is a balancing process of add in (R1m) to the economy and take out R1m from the economy so that which was created is finally cancelled out.

But interest is not created money.

It is simply added on by the banks as allowed by the ANC government and the money-system conventions to which it subscribes.

For a R1m house an additional one million seven hundred and twenty-six thousand comes directly out of the pockets of society. R5733[v] per month (being interest alone) disappears. Not created means never added in in the first place but nevertheless it comes out of the home-buyer’s salary. It is no longer there to be spent into the community supporting business and services.

The saying “economy” means “the growth of mutually beneficial relationships by people with people” has become a farce.

The system is a giant pyramid scheme which has put all people of all classes of all levels and abilities in absolute competition with one another as they go about fighting over the shortage of money in the local economy. Logic will recognise that the higher the unemployment the less total potential value, the quicker the pyramid will collapse and SA has 60% youth unemployment.

(Corruption aside) South Africa is getting poorer because of the interest raised on society that is paid to private banks.

That SA is retaining a at 10% rates means to me every tenth middle class person (they are the primary borrowers) is going to go bankrupt … and it may well be you or the small business you’re involved with[vi].

Or everyone will progressively sink as the money wheel slows. They’ll slide into the buffer zone and from there into the ranks of the poor … those to be held behind the Hunger Games fence.
It may happen over a 25 years or when debt is recognised as unmanageable it may come like a tsunami.

But providers of money have to be profitable … 2% enough

Advocates for equality Messrs Hudson[vii], Brown[viii] and McRee[ix] show Community Banks are profitable charging two percent[x]. Is that a clue that at ten your bank may be running a scheme?[xi]

Had Community Banks been in place and had they retained 2% (R815 billion) for costs etcetera, over R4 trillion (eighty percent) could have gone into developing the poorest sectors, improving life, building a national economy.

Imagine … close your eyes … South African society with a simple change in interest flow direction from the private wealth collectors (and that’s all they do with it[xii]) to the people.
[1] The illustration simply establishes SA has an enormous problem.
Perhaps R1m for an average middle class home is wrong?
Many but not everyone will sell and buy in a 25 year period but equally some will buy/sell more than once and prices rise with bank-induced inflation. Houses are built to last. The illustration looks over one short period of the life of a house.
Since 1994 there has been huge change in middle class residential areas - thousands of homes have been built and “racial” profiles show the new black middle class own most (see https://www.fin24.com/Economy/kill-dangerous-property-nationalisation-slogans-with-facts-economist).
[2] How banks profit from deposits is another post.
[i] www.gov.za
[ii] The banks reckon it’s okay … just save longer  … https://businesstech.co.za/news/property/256717/how-much-you-need-to-save-each-month-for-a-r100000-home-loan-deposit/
[iii] https://www.mortgagecalculator.org/
[iv] Many dividend cheques go overseas http://www.douglasschorr.com/2018/05/o-b-e-s-e.html
[v] 1726000/300 payments
[vi] Even when big businesses go bust invariably the banks and other big businesses are the only “secured” creditors. SMEs suppliers get little or nothing out of the winding up processes. https://leftfootforward.org/2018/06/to-help-small-businesses-we-must-curb-the-banks-greedy-appetites/
[vii] Latest book J Is for Junk Economics
[viii] Sign up to Web of Debt
[ix] Ditto … www.publicbankinginstitute.org
[x] https://www.youtube.com/watch?v=cyID91cQ_ig
[xi] https://www.sprottmoney.com/blog/fractional-reserve-banking-is-pure-fraud-part-i-jeff-nielson.html
[xii] Estimates of money lying idle/used for unproductive purposes go up to US$32 trillion.