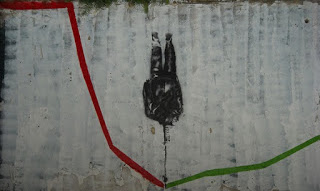 The games were to be held in Malaysia but when it banned Israeli swimmers the word of the International Paralympic Committee (IPC) President (Canadian) Andrew Parsons was the games would be moved.  Eligible athletes he said cannot be banned for political reasons. IPC chair (and Canadian swimmer) Chelsey Gotell emphasised sport and politics must be kept separate[i].
Malaysia explained its decision “was premised upon “humanitarian reasons” and was about “fighting on behalf of the oppressed”[ii].

Two pretty good reasons for not wanting people to come to your country but why isolate Israel?
It takes two to tango … why weren’t Palestinians excluded?
Why no ban on Pakistan[iii], the USA[iv], Saudi Arabia[v] and a host of other ‘Middle’ East nations, France and the UK for their role in the destabilising of Libya and dozens of other bully actions in the last handful of years, China[vi], Australia[vii], Germany[viii], and definitely tiny Zimbabwe?
Doesn’t it simply demonstrate hypocrisy?

Given Canada’s admitted crimes against their own indigenous people and for its interesting mining record in Central Africa, for example, Chelsey Gotell has no option but to push the point “sport and politics must be kept separate”.
But is that right?

When legalised apartheid suddenly didn’t suit the world economic order South African sportspeople were banned, and given how human rights thinking had progressed up to that time, that was right.
It would have been terribly two-faced to watch RSA athletes draped in the RSA flag appear and worse still to have to acknowledge the national anthem whenever a South African won. So what’s different now?
There shouldn’t be any difference should there?
It is crazy: Party politics is being played on the world stage at the level of Kindergarten choices.
Science has set before us such potential to nation-actualise yet because of childish games, likes and dislikes we thumb our noses and retreat into our webs of gods and other subjectivity, vanity and materialism.

If we cannot agree to set-right the piddling things that have blown a swimming competition out of the water, how are 195 leaders protecting 7.6 billion people ever to cooperate to manage the fact of Climate Change and the arrival soon of Artificial Intelligence?

Because folks, even if some idiot doesn’t first blow us all up, CC and AI are going to turn the world on its head, the earth inside out.
We, all, will have neighbours and hardship we never got around to dreaming about. Get used to cutting out the crap, sharing the load as adults and we’ll enjoy life.
[i] https://www.msn.com/en-my/news/national/malaysia-stripped-of-hosting-world-para-swimming-championships-after-banning-israeli-athletes
[ii] https://www.scmp.com/news/asia/southeast-asia/article/2182413/mahathirs-malaysia-bans-all-israeli-nationals-events-it
[iii] http://www.douglasschorr.com/2019/01/only-women-have-real-breasts-right.html
[iv] http://www.douglasschorr.com/2015/10/why-do-eagles-get-to-play.html
[v] https://www.theguardian.com/world/2018/jun/06/un-accuses-saudi-arabia-of-using-anti-terror-laws-to-justify-torture
[vi] https://www.scmp.com/news/china/politics/article/2184081/frightened-china-sends-campaigner-who-ran-human-rights-website
[vii] https://www.abc.net.au/news/2018-12-13/australias-secret-backing-for-nations-fighting-bloody-yemen-war/10600912
[viii] https://af.reuters.com/article/algeriaNews/idAFL8N1PJ4KT