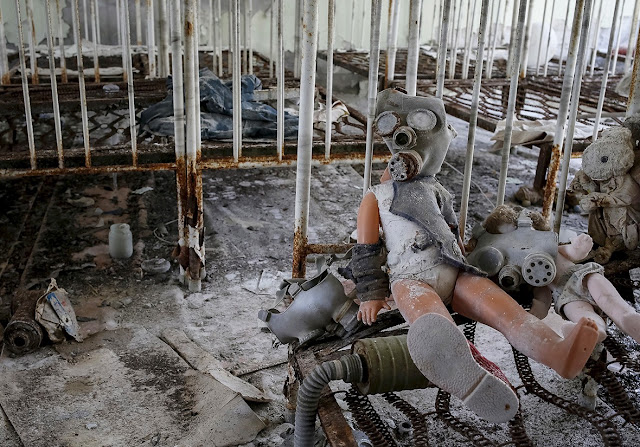 For South Africans, probabilities dictate you or someone very close will be murdered or raped or assaulted in the near-term[1]. You will have goodies stolen … many times.[2] You know[3] the more active you are, or the lower the class in which you live, the greater the gamble.

The middle class normally pushes progress, expands economies[4] but in SA it has become a collection of overpaid clerks shuffling inadequate welfare payments, who sell ‘products’ to one another, methodically export our last resources, oversee debt build-up, and allow inefficiency and corruption throughout government (including municipalities) and business.

No one adds to society anymore … we consume, demand. And 60% are struggling.

The leap from dire poverty to extreme violence is understandable. Incomprehensible is that business under the ANC has been allowed to evolve from making a sustainable profit to extracting the maximum … no matter who gets hurt.  The two poles link to create our own ‘natural’ disasters.

In adopting[5] a banking-and-business money system that works for the First World without thought as to the differences in climate, infrastructure, skills levels, education and health, the ANC has sentenced the nation to imprisonment without much life.

For SA to collapse into a Zimbabwe #2 would be heaven. We’d get thin, not brutalised.

By 1996/7 the diaspora was underway because the Zim-middle class saw the truth behind Greed Capitalists’ ‘monetary assistance model’. They knew they couldn’t eat debt, live without jobs: They put patriotism aside to save their families.

The packaging is different for SA but the same foreign loans and the same private banking practices are central.

Columnist Peter Bruce says South Africa has borrowed itself into a hole. By 2021 the INTEREST due will be R850 million per day. [9]

Add the fact SA is more urbanised than Zimbabwe. 55 million very diverse humans, most without enough to do or food to eat, are trapped as in a zoo, ⅔ in concrete and ⅓ in squalor. We improve and initiate little, invent near nothing.

The only thing the European money model has done is to make a select few (Rand) billionaires/millionaires … President Ramaphosa, past and present ANC ministers/senior members, the private bankers and BEE winners among them. They’ve followed the business elite of the White-era to form our own Club of Doom.

The remaining 85% have no option but to stand firm and protest until change happens.

Climate Change[10] Rules Out Fleeing As The Zimbabweans Did

We now know to run anywhere is futile: We’ll dodge the violence but Climate Change is the #1 issue world-wide[11].  That means RSA too.

SA’s wasters, the wealthy, add enormously to Climate Change. In their desperate attempts at living … every day millions strip/chop, burn, dig-up anything … so do the poor.  The poor not only cannot be held to pay-to-correct-and-stay as the wealthy can, but they need help and guidance – not as a liberal exercise, but in defence of continuing as a middle class.

Add that to the horror cycle we have built.

Everyone Wants To Help

The reason SA has so many charities is because millions of pay-cheques that should have been written haven’t, and they haven’t because those millions weren’t employed. Consequently the money they should have had is not circulating in the local-national economy.

If that’s not enough, the country’s taxpayer-and-debt-funded facilities (like hospitals) are swamped by those penniless millions.

The First World deems unemployment levels around 6% problematic. Charities have a corrective role there.  Overall South Africa’s youth unemployment sits at 10x that.

SA needs those charities to apply Elastoplast because a) humans cannot stand idle while people they know and animals suffer and b) the government is incapable of really doing anything, and business won’t.[12]

BUT … to rely on charity to fix the problem that is South Africa is to attempt to empty the Atlantic with a fork.

The actual figure is immaterial for it is not just being unemployed that becomes a national issue.
Millions of unproductive minds and bodies are generating all the negative things psychologists-health professionals-sociologists-educationalists worry about, like mental, social and linguistic abnormalities/malfunctions and performance fall-off[14].

Because in our suburbs we operate at the micro level the loss of personal incomes becomes loss of face which gives over to impotency and it is the impotent that get angry. They’re living in hell in your neighbourhood.

Mainstream economists are told-to-tell fixing unemployment is a complicated problem. What they mean is it suits Big Business’ capacity to choose and to turn away, to complain of skill deficiencies and rationalise for smaller better paid (and scared to lose their jobs) workforces and for mechanisation, all with the goal of maximising their profits and the country’s (that’s you) expenses.

“The daily cost of unemployment dwarfs all micro-issues: What is the loss of output per percentage rise in unemployment and the answer, of course, is, heaps” explains Prof Mitchell.

The cost is the problem. Unemployment isn’t.

Give them a job!

Metaphorically … If it means paying millions to dig holes,[1] do it.[15]  When the thousands of Clerks of Works local governments will employ report to SA’s new president – Mother Common Sense - that all hole-diggers are employed we’ll know we’re on the right path[2].

The First World economies (and now China) won because they protected workers and viewed them as (like maize or gold) a commodity.

When there is too much labour “government must buy up surplus stock at a set rate … and release it into the market in good (times)”.

Stop worrying about the micro-economics of, for example, the annual parliamentary Budget setting champagne and fashion parade. Look to the big picture.

The Myth Is We Have No Money

Money is created free-of-cost on a computer.

As in the feudal times (times we thought we’d left behind) they demand a high rental for cash disbursed and their shareholders demand maxim profits.[16]

It is time to demand new banks. Banks whose shareholders are the community. Banks run by professional community bankers[17].

The Miracle Of Poverty-Killing Economics

There was no need to borrow overseas. Because we did we must regain ownership of the Rand[18].

A sovereign SA can create money just as well as the IMF and other overseas lenders can and as the Standard Bank, ABSA and so on do.

Against approved projects create the money to create the jobs. The ideal would be to fill productive ones, of which there are plenty[19].

Provided the money created is enough-only for the work to do done … not for more full-staff investment trips to Japan, cocktails at Davos and it seems most recently to terrorism-supporting[20] Saudi Arabia[21] … there’ll be manageable inflation.

Why is the damage done by the money system (as currently applied) ignored?

Is the good life advanced by shouting “democracy," "freedom," "rights," "justice," “apartheid”, “white privilege”, “take the land”, “sports quotas” and “hate speech”, or are they sideshows promoted by the elite for the blind-disruptive support by EFF-types?

The plan will not work within the South African environment of extreme corruption and business cheating.

What to do with the ANC and Big Business?

Let all voters be aware government chooses the level of unemployment.