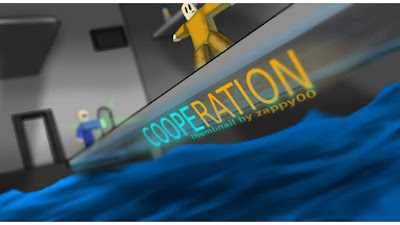 Professor Yuval Harari’s observation that today’s workers, managers and professional directors will be of the last of the dumb generations[i] has to be right. Science is moving so fast.
The dominant human/humanoid of 2120 will look back and laugh at our chimp-level brain.
But only a few billion new-humans will fully participate in the (very different[ii]) economy.
The 6 or 7 other billion will be of the ‘useless’ class – 99% of Africa will be here[iii].

There could be more participants from Europe and America but the ultra-left is taking over. For the nicest, most humanitarian death-wish egalitarian perfect-world reasons possible (i.e. B/S) a dumbing-down process is underway under its protective wings. But neither Climate Change (CC) nor the Artificial Intelligence (AI) revolution is going to slow, never mind stop for the fanatical fringe-left. Like it or not, it is all about outcomes. Equip yourself to be part or fade.

The Americas are falling too far behind.
This is what the arrest of the CFO of Huawei is about … as British politician Galloway points out[iv].

As the video https://www.youtube.com/watch?v=jGPzGxqc6Us by WJS[v] suggests Huawei (one of hundreds of leap-ahead Asian companies) is simply running too fast[vi].
Now that it has become a competition China intends to win the 5-G race. The International Space Station, in operation since 1998 is due to be retired by 2024 and China was to replace it[vii] - will we still see cooperation? Will Trump’s US refuse to use it?

Where Europe and America shelter the scattered (forever at war[viii]) competing whites and Africa houses the blacks who can’t even cooperate to trade together, the yellow-brown Asians (excluding doomed Malaysia[ix]) recognised long ago that even though they do have the world’s smartest and available work-force, only half are smart enough[x] for the future.
Anticipating a shortage of smart, fast, untiring workers companies like Alibaba use the robots https://www.cnbc.com/video/2018/10/30/alibaba-robotic-warehouse-for-singles-day.html in their warehouses while out on the street on-line hospitals (among other services) are taking off[xi]. A self-driving electric train-bus debuted over a year ago[xii]. South African trains hardly run.

Professor Wray lectures China’s infrastructure is so advanced the USA would have to spend trillions just to catch up to today … but the Asians would have moved on[xiii]. Professor Kaku of MIT says America is surviving on its last ‘Secret Weapon’ … ‘a magnet’ that sucks up all the brains of the world to come to do their PhDs in the US but ‘now the brains are going back …’[xiv] Professor Wolff notes that for US firms to survive they’ll have to look to sell into the Chinese economy[xv].

Why should the Chinese let them if the West will not compete under fair-trade conditions?

There is one reason – Professor Harari speaks for all of us when he says the new world shaped by CC and AI will only be available to humans if every country puts aside petty party politics, religious dogmas and maximum profit drives and accepts it is time for the best brains to guide us.

You don’t have to go so far as to qualifying to join[xvi] the Intellectual Dark Web but it is time for everyone to get involved.
[i] https://www.youtube.com/watch?v=5SEDVzxmXDE
[ii] It will likely be based on sharing with little attachment to monetary profit.
[iii] There could be a few more (say 1%) from Africa participating but if South Africa is the yardstick, the majority are too busy demanding rights and others’ property without taking on personal responsibility for today’s conditions or for intellectual advancement. A degree in whining-about-apartheid will not mean anything to a robot or a drought.
[iv] The link of his interview with RT has disappeared.
[v] The Wall Street Journal
[vi] Comment by JJL on You Tube … “The current president and the previous two presidents in China all have engineering background. President Xi studied chemical engineering. President Hu studied civil engineering. And president Jiang studied electronic engineering.”
[vii] Read more at: https://phys.org/news/2018-11-china-unveils-heavenly-palace-space.html#jCp
[viii] Hundreds of war-war now over currencies, immigration, CC models …
[ix] The post-BN minister of education seems to be focusing on religion at a time when all half competent BSc graduates by 2030 will be able to achieve more ‘miracles’ on the job than all the billions of gods of the past have been credited with doing! Anyone … Indonesia?
[x] As congenial and conscientious as the coming ‘useless class’ will be, time is too short to train them up.
[xi] An old example … “Haodf.com, founded in 2006, officially established its online hospital in 2016 in Yinchuan, capital of the Ningxia Hui autonomous region. It said that more than 16,500 doctors across the country had registered on the online hospital by August, and had served about 7.5 million online patients.” … see http://www.chinadaily.com.cn/a/201811/01/WS5bda5ef7a310eff303285df4.html
[xii] https://www.dezeen.com/2017/11/06/worlds-first-driverless-trackless-train-launches-china-zhuzhou-transport-design/
[xiii] https://www.youtube.com/watch?v=E5JTn7GS4oA
[xiv] ‘… in the United States 50% of all PhD candidates are foreign-born. At my system one of the biggest in the United States 100% of the PhD candidates are foreign-born. https://www.youtube.com/watch?
[xv] https://www.youtube.com/watch?v=1WKLskz1w9k
[xvi] http://intellectualdark.website/ offers free lectures. There is no reason to be out of date.