Ramaphosa’s latest vote snatch: take land … and do what? 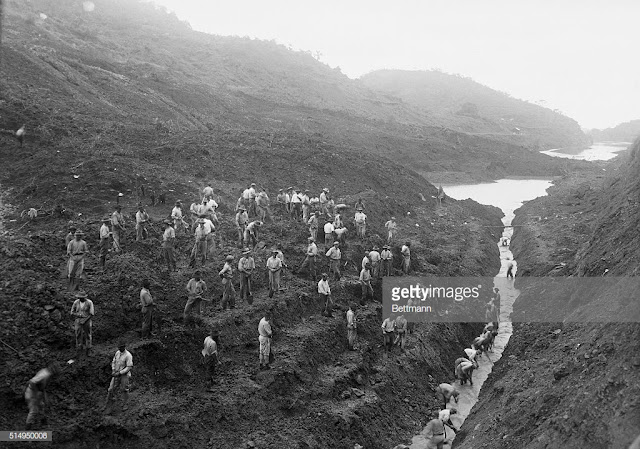 Australia has 50, France over 18 but vast South Africa only 15 million hectares of arable land[1] and of that 15, ‘High-potential arable land comprises only 22% …’[2]
On that tiny field SA has done well for her people yet for all the food produced ‘one in four South Africans faces hunger’[3]. In complying with the ANC/IMF export drive, even though SA exported … some thirty five billion rand’s worth[4], ‘the number of children with severe stunting due to malnutrition has increased …’
And 60% of the nation’s youth are unemployed – it’s a figure that should describe retirees!
Imagine being at the age when you’re full of the biological drives to be successful, to want a family but settling for depression.

It is common knowledge the ANC and BEE partners, in their role as controllers of government have grown rich by hanging on the shirt-tails of the Corporates/Big Business (BB).

BB works on the premise it has a duty[5] to maximise profits today no matter the damage it does to humanity or the environment. There is no doubt that the Corporacy is the asteroid hitting the Earth and some governments are helping.

Anyone not sitting pretty in the top levels of management is affected. In SA that means most.

When business productivity-drives dispense with workers they become the dependents of the country. And if you’re a taxpayer, they are your dependents.

The world is becoming more complex. Ever higher levels of intellect and/or specific training is demanded – even to farm right. To fail, to be discarded and left out of the economy has become a major problem for both individual and nation. Even the most advanced economies show massive increases in poverty[7].

If it is ‘an issue’ in the developed - 1st World it is catastrophic for SA, for Africa.

SA has to face up to the additional challenge of 50% of our people having an IQ of 77 or less[8] meaning it must immediately kick-start practices which acknowledge the problem and moves to resolve it.

The US military have studied the issue of IQ and suitability since World War I. They “indicated that if you had an IQ of 83 or less there wasn't anything that you could be trained to do … that wasn't positively counterproductive”[9] in its sophisticated military.

Intellect has nothing to do with the passion to get a job, the desire to hold one’s head high as an independent wage earning person and the willingness to be part of and be involved in society fully.

A casual review of the behaviour of so many leading Corporate CEOs rubbishes any assertion that implies being more intelligent makes for better person, or ‘nicer’ or filled with compassion person.

All people are different and come to the queue of life offering different attributes and asking for different reward packages. And they seek differing degrees of help.

What higher intelligence does do is it makes a person more useful, more competent and more likely to succeed in complex cognitive operations. SA needs as many of these smart people as she can get because research and planning for action and thousands of leaders (at all levels) are needed to empower the labour of the nation to fix so much non-complex basics to save SA, Africa and the world we’ve abused.

The government is responsible for employment[10]

Looking at SA in conjunction with the realities of

that we have a huge opportunity to grasp growth now.

With a determination to put the nation first our ‘failed’ status can be reversed immediately. Millions are crying out to be productive. The nation needs them to be.

I’m altered to an FB post videoing China preparing 60,000 troops to march against pollution. Why can’t we?

SA has so many paid jobs waiting … planting millions of trees, digging a ditch from the Zambezi to the Limpopo to the Free State, to repairing the damage of a 100 years of Homelands pasture mismanagement. You choose your project to manage.

SA has so many entrepreneurial opportunities from domestic-science grads helping home-bake-cake-makers to agricultural assistants advising market gardeners who’ve hired unused backyards in our residential areas. You choose who to help.

The problem isn’t the land. It’s the lack of educators, experienced demonstrators and trained leaders and a will to roll up one’s sleeves and work at the not-so-glittery side of life.

And a redefinition of the ‘maximisation of profits’. Thinking ‘money’ alone has very-nearly destroyed the world[11]. We’ve maybe two or three years to reverse the devastation.

It is the government’s job to identify those who should go forward for fast-track processing to becoming our next generation of scientists, Africa-useful idea makers, engineers and teachers operating in classroom and field[12].

SA has very few candidates to draw from. Illustrating with a standard Bell Curve distribution[13] for an estimated 48%[14] [1] being the maximum economically active (men and women) population and applying an average IQ score of around 80, only a handful will make scientists, and perhaps

In addition to their specialties they’ll need a high degree of managerial skill. And, as maligned as paternalism has fashionably become, SA needs that parental guidance-attitude and compassion big-time to enable … to give a life to … the millions who desperately need leaders to re-enter the economy. And to build it.

Why do the ANC see merit in making problems already boiling worse?

If this land transfer proposal is yet-another think-of-ANC-as-your-saviour-scheme it will fail.

the basics must come first.

SA has very few scientists and top-academics. Far from applauding them seldom do their proposals and warnings on our failing economics, demographics, infrastructure, water security and mining pollution and the rest get listened to.

Luckily rioters are calling attention to the inexhaustible problem-list we have to face up to. So too do activists like those of the #TotalShutDown movement who are calling on government to bring down South Africa’s shocking crime rate[15].

It seems they alone think of the future because SA’s business and political elite display a total lack of imagination, an inability to see what’s in our face.

As it is, about ‘53% of children under six live in poor households’[16] so to take even half productive land and plonk the disadvantaged on it only moves our problem, solves nothing, grows the virus of stagnation in a new precinct.

Leaders are what’s needed … land we have and can share … leaders to lead all of South Africa.

[1] http://www.nationmaster.com/country-info/stats/Agriculture/Arable-land/Hectares
[2]  www.gov.za/about-sa/agriculture ... Pocket guide to South Africa - Agriculture
[3] www.voanews.com/a/malnutrition...in-south-africa/
[4] http://www.nda.agric.za/doaDev/sideMenu/internationalTrade/docs/
[5] The Corporation … Joel Bakan
[6] The Productivity Myth
[7] Michael Parenti
[8] https://www.youtube.com/watch?v=OozeGZQwyBM … Race & IQ - Demographic Effects on National High IQ and see https://iq-research.info/en/average-iq-by-country/za-south-africa and see https://www.youtube.com/watch?v=WmRW3netUiA … Wits tests and see
[9] It is “illegal to induct anyone into the (US) Armed Forces who had an IQ of less than 83”. https://www.youtube.com/watch?v=9MJUhDQKJcY … Dangerous debate Jordan Peterson
[10] http://www.douglasschorr.com/2018/07/sas-government-responsible-for_15.html
[11] http://nymag.com/daily/intelligencer/2017/07/climate-change-earth-too-hot-for-humans.html
[12] Science says IQ may be the best predictor of your potential to excel at work — and no one wants to hear it https://www.businessinsider.com/why-your-iq-strongly-influences-your-success-at-work-2017
[13] https://www.google.com/search?q=bell+curve+standard+deviation+for+races&rlz
[14] https://www.indexmundi.com/south_africa/demographics_profile.html
[15] https://www.msn.com/en-za/news/national/supernumbertotalshutdown-movement-calls-on-govt-to-bring-down-crime-rate/ar-BBLlhwF
[16] http://theconversation.com/why-child-malnutrition-is-still-a-problem-in-south-africa-22-years-into-democracy-60224