Don’t under estimate the power of idiots in numbers[i] 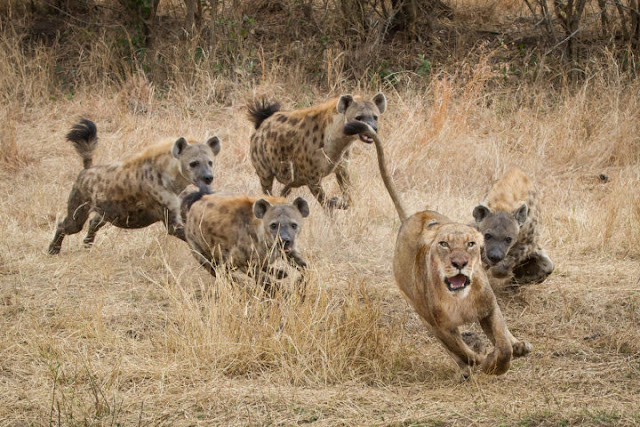 “Nothanaza residents in the EC (Eastern Cape) share their only water source with animals. Taps in the village stopped working 20 years ago”[ii].

South African (SA) voters are locked out. Rioting by the marginalised has become the only avenue of expression.

University students and complaining workers who trash what billions of people would cherish to call their own is different. Sure, it is complicated, but with them it seems to be about self… me-me!

Which is very ANC.

In 1994 the ANC put aside its commitment to the people in favour of prosperity for the selected few.
Power to continue comes with blind, undiscerning, voter followers. The more trusting and desperate they are the easier the smoother the politicians’ grand promises.

There are good pockets

Weeks ago in Sol Plaatje municipality ANC councillors voted with the opposition to try and fix a bad scene developing in the streets only to be told they faced suspension … because they went against the PARTY[iii].

Throughout SA desperately needed are grassroots developments like community banks, adult-night-schools, how-to-grow-stuff classes and health education with-a-free-meal, support the HIV families groups. Instead voters are conned in agreeing to put their last hopes and dreams into one political party.

Noel Dibakwane’s (of the loose alliance the Organisation for Democracy and Freedom) warning that “if the (ANC) government doesn’t hear their cry, they (ANC) will lose power”[iv] is, regrettably, empty. Lose to who? Just another Party. Parties party for the party.

And in SA the tiny white middle class has been lumped in with “white monopoly capital”. They’ve been made irrelevant.

If South Africans choose to live-in-history this attitude is … sort-of … understandable. But if a future is the goal, the way forward is to keep as many teachers active as long as you can. It seems the new majority black middle class are comfortable in their comfort and don’t want to get involved, to lead, to be in any way paternal. Who then is there to guide the not-so-well-educated and ill-prepared?

I was too young when chosen to tour with the big-boys of the school 1st XV. First stop Johannesburg.  Friday night to ourselves. The coach handed out pocket money. The young adults went off partying leaving the kid with more money than I’d ever had at one time in my life. I gorged ice-cream, sweets and fast food and watched new colour TV until close-down. I was so sick I couldn’t play in my debut senior rugby game.

Alan Greenspan said a sovereign country can issue as much money as it likes but it must be used with maturity and an understanding of building lasting assets.

I proved having limitless money and opportunity will produce failure among the immature even if they have talent.

He was as quick to assure me he wasn’t ascribing the modern insult ‘of low intelligence’ to me.

In original usage an idiot is “politically incompetent, unsound in environmental matters and blind in social judgement,”[vii] said Max. “Africa wallows in poverty because the current and ex-leaders are idiots of the same ‘university’ you attended.”

“Like most in Africa you haven’t woken to modern money-politics. And neither will it do you any good when you do because ‘accountability’ is another word that has been modified.”
There was a time when we thought big business was necessary to advance the perceived goodness of globalisation, but it proved to be a failure for like the dinosaurs they don’t fit the ‘people inclusive and environment protection’ model we need now.

But as much as Max criticised me for being slow to convert to modern money to promote nation growth and political maturity so too a powerful few refused point-blank.

They evolved Greed Capitalism which runs on banks and big-businesses power. The super-rich owners of the system control money-supply, and through it political parties and ‘their’ politicians decide public policy and practice.

As much as SA generally has felt the whip, as much as the Guptas were beneficiaries under Zuma so too were a wide range of ANC-fellows and other businesses[viii]. Under Ramaphosa there’ll be new beneficiaries. The common threads throughout the white Nationalist era and the ANC’s time is the people get just enough to agree to ‘sit down and shut up’.

Those idiot politicians were voted in through the party system by the voters … us!

In ancient Athens those who were politically and socially aware but who nevertheless chose to be self-centred, concerned with private wealth and position were also labelled idiots. Today it is even truer: They know what they’re doing[x] [xi] ... They’re collectors of money through a process of maximising profits no matter who or what gets hurt.

To bring on such destruction they ensure they own the politicians and through them, us … the voting idiots.

We are born laymen

In the richness of the word original public encouragements we are idiots. We stay idiots until we consciously jettison myth and division and increasingly take on learning and responsibility to become ‘of the city’ … citizens.

Citizens don’t just believe. Citizens are active: They use their new state of mind about things real and proven to contribute meaningfully by doing and challenging for positive change.

Max said those who don’t bother to grasp the basics of the vital yet simple topic of ‘political-money’ as it affects growing the nation through employment, budgets and tax and legal and illegal corruption, deserve to live poor … and to be treated by the politician and businessperson as good for a life in servitude.

We’re so happy at having a revolutionary government why fuss about representation?

Things are better: there was no anaesthetic for my grandfather’s operation and once he was moved to ‘that ward’ in Randfontein that was it.

If politician ‘loses money’ the system seeks forgiveness. If a doctor doles out disability grants to people who are slowly starving it’s fraud. Why aren’t we looking at alternatives?[xii] Do we immediately castigate our MP for not attending to the whole-child that is SA?

No … and if we did we know the answer would be, “I’ll consult the party”.  Or, you could be labelled “an enemy of the state”[xiii].

The means via modern money theory is there[xiv]

We have a beautiful country of beautiful people needing only concerted direction and leadership to get into gear.

We know what to do but aren’t[xv]. Fixing the rhinos, making the Drakensberg safe again for free-spending visitors or building proper homes for SA’s own refugees would be opportunities if we elected people who aren’t Max’s idiots.

Buying a party or electing a party is the only time the super-wealthy/politically connected and the super-poor agree.

The poor hope for help, the rich/politician invests for same-again, and in comes the ANC.

Required is a system where duty, responsibility and accountably are taken on willing by full-blown Max-defied citizens in two distinctly separated arenas:

The civil service has to be a career based, hierarchical, professionally managed organisation of professionals and scientists. Officers must be empowered to consult and advise across boundaries, to be pro-active in ideas and strategy.

Politically … how about representatives being chosen from the community by the community? 10 communities of about 50,000 to a district?

How about one of those ten sitting in college of (say) 50 – 60 districts overseeing provincial matters, ensuring home issues and needs won’t get lost, as happens now in a party free-for-all system?

And what if every province elects (say) ten of their members to sit on the national body which, with the direct advice of the best brains of our country, make up our legislative body?

In the end it is you and me

We cannot carry on with boys searching for the next ice-cream or talk-artists looking for easy money or power posts running a nation.

We need concerned and mature adults and professionally qualified specialists to run both the simple requirement of tap in Nothanaza and our complicated 1st world show of banking/electrics/dune mining and climate change because, as Jared Diamond reminds us,

“The most important thing we need to do is to forget about there being any single thing that is the most important … (for) … there are a dozen things, any one of which could do us in”[xvi] if unattended.

The days of parties of idiots running-ruining countries to party is over. We need dedication to reformation. We need to change the system.
[i] George Carlin?
[ii] FB post by Nwabisa Sese Budaza
[iii] The irony … “The motion succeeded and Matika was replaced by ANC councillor Pule Thabane” … https://mg.co.za/article/2018-07-30-75-schools-closed-in-kimberley-as-violent-protests-pick-up
[iv] https://www.msn.com/en-za/news/national/movement-warns-govt-will-lose-power-if-it-ignores-the-cry
[v] We met when he approached me while watching a bruising –poorly controlled- game of u/7 rugby. He was looking for someone to explain things to and I looked half–intelligent. Annoyed I asked how he came to that conclusion. “You’re watching not playing.”
[vi] Dr Max’s forte was (German) language and law before travelling and working extensively in S/E Asia and India with a short stint in northern eastern Africa somewhere called his attention to the link between money and poverty, and why it shouldn’t be as it is, negative.
[vii] We race to waste finite resources, pursue highest-profits wars which require we waste finite resources all in the name of many trillions of dollars that end up idle in tax-havens and irreversible Climate Change.
[viii] Regiments … the latest … https://amabhungane.org/stories/the-trojan-horse-that-wheeled-r600m-out-of-state-owned-entities/
[ix] “China Development Bank’s US $2.5 billion credit to complete the state-owned power company Eskom’s generators at Kusile”… https://www.pambazuka.org/emerging-powers/brics-johannesburg-simultaneously-disappoints-and-threatens
[x] https://www.youtube.com/watch?v=IgR6uaVqWsQ
[xi] The continuing furore of vehicle omissions cheating is an example. HSBC’s acceptance of the massive fine for laundering drug-money to me is tacit acknowledgement the fine is simply a cost of business and bad-luck the millions of kids/mothers involved.
[xii] https://bhekisisa.org/article/2018-08-13-00-bureaucracy-power-and-grants-when-a-pen-may-be-as-mighty-as-the-scalpel
[xiii] “My third lesson was that, if you put a “sombre thought” forward to politicians, you run the risk of being called a “counter-revolutionary”… https://bhekisisa.org/article/2018-08-16-00-lifeesidimeni-and-the-ghosts-of-our-past-its-time-to-decolonise-our-ethics
[xiv] I’ve published posts of re-aligning our banking, money creation and use, and the requirement of full employment.
[xv] Joe Rogan motivate … https://www.youtube.com/watch?v=Sdu_1_A0dcM
[xvi] https://www.youtube.com/watch?v=IESYMFtLIis&t=921s