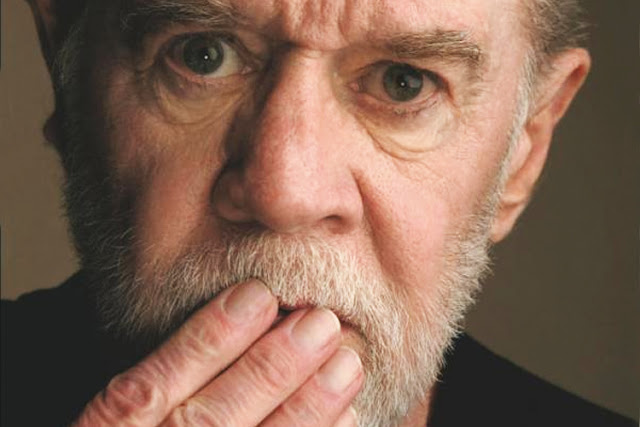 Sending critics to bark at the wrong tree is an old tactic but the ANC is so useless at it. For starters, what women are they referring to?

Our women are busy picking up pieces from family and community breakdowns. When they have personal-time it is taken up ensuring they or someone close isn’t murdered, raped or assaulted.

WHAT STUDENTS? Student dropout rate reports fill our newspapers[ii]. The ANC response … drop standards. What is the name of the game - building a pool of competency[iii] or delighted certificate holders?

WHAT WORKERS? On top of the Eskom failure which Eskom believes it can fix by firing staff, and the continuing slide of employment numbers in industry, farming (more coming soon) and mining, “President Ramaphosa’s administration is planning to lay off 30 000 public servants …[iv]”

This isn’t a case of common sense lost … it is much more serious. The persistence of the ANC in doing little right … not even managing a toll road … indicates, surely, that its respective leadership levels have mostly been drawn from the wrong half of the nation’s IQ Bell Curve profile?

OR A HIDDEN AGENDA?

Pinocchio was born into poor circumstances and to get out he made some naughty unsuccessful moves but eventually he decided to be a man for the world[v]. It seems some ANC-folk have chosen to continue as the world’s puppet certainly in terms of willingness to continue supporting the current international monetary system while abusing it locally.

“What has gone wrong with our nation?” – attributed to David Mabuza, Deputy President.  Ask the New York Times and your colleagues.

We have none. We have people who have been forced to be old before they’ve had their youth. They fight daily for survival knowing the more active they are, or the lower the class in which they live, the greater the gamble.

ANC-democracy is constitution-paper thin and even then they rip bits out.

The people got an inedible vote and lots of empty promises. Not even the ANC-seniors network has democracy … does their growth in personal wealth indicate a share in the banking and corporate run Greed Capitalism processing? Greed is a long way from the democracy of sharing growth and opportunity.

UNEMEPLOYMENT IS THE WORST EVIL

It is a fair assumption to make that when a South African is fired he or she is either the home-maker or a significant breadwinner. Why add 30,000 to the millions of unproductive minds and bodies we already have Mr President?

Our folk are losing the greatest anchor of all … hope.

But the ANC knows all that hence the crazy schemes like professing concern about data cost and taking land without thought.

When the BSAP Company took the land in what became Southern Rhodesia and sold it on, the new owners had to undergo intensive farmer-education before being let loose. Have we learnt nothing in 115 years? Yes, and it shows as we head for more malfunctions and performance fall-off. Where ever we look, from municipal bankruptcies to pot holes and poor water management, that’s the case.

THE COST OF UNEMPLOYMENT IS KILLING SA

Lowered production costs equals higher profits - the goal of any self-respecting business owner. It is the sacred mantra by which modern business is done[vi]. But SA is not a business. It is a community of nearly 60 million, who, because we haven’t found a better way yet, need money-income to live or at least subsist.

The ANC claims staff reductions are “part of government’s cost-cutting measures” but exactly the opposite will be achieved. Look no further than Zimbabwe of 1998-ish[vii] and Greece continuing[viii].

The more the ANC shrinks the economy by reducing the number of consumers the greater the number of businesses bankruptcies because of lack of customers … it is classic chicken and egg.

Building consumers by reducing the idle is not a new golden-rule but how family and inter-community businesses were run. Everyone, the mentally challenged too, had a job and with it came self-respect. The customs of the Matabele and Shona as they were applied when knitted communities still existed ensured there were no beggars. Unfortunates were either given paid work or ‘financed’ to work towards self-employment and owning their own kraal.

Probably because it just so obvious our politicians cannot see our problem is simply the cost of unemployment.

GIVE AWAY JOBS - WATCH REPAYMENTS POUR IN

Metaphorically … If it means paying millions to dig holes, do it because not only will massive savings be chalked up against social (crime for one) and economic (ill-health overload for example) issues but millions of jobs that desperately need doing will be done, and every salary paid makes a consumer[ix].

If a president insists on firing people, fire him for the experience. If SA had a proper political party, one where the MPs had real constituency responsibilities and was a party of the people for the country, that would happen, but there isn’t.

For now treat workers as (like maize or gold) a commodity: When there is too much labour “government must buy up surplus stock at a set rate … and release it into the market in good (times)”[x].

And stop saying “we haven’t the budget”. Look to the big picture … build better budgets through full employment.

A family has to balance expenditure against income otherwise they end up in a hole but a nation cannot run out of money … SA owns printing rights to the Rand.

Outside of corruption, ineptitude and an canny ability to chase away skills … now Gracia and Oliver Kabango have left too[xii] … our ONLY task is to find a champion who is prepared to stand up to the EU, USA, WB, IMF, Bank of China and JP Morgan, Wall Street commodities and derivative gamblers and price setters, and say …

We will fund a national service with the primarily goals of lifting the disadvantaged into the economy, ensuring job creation targets are not just met but optimally performed, and of infusing in all South Africans a Rainbow-nation culture of respect and care for one-another no matter their tribe.

We will do it not just by creating our own money to do what is needed but we’ll ensure real assets are created, assets which will benefit SA forever.”

NO ONE WAY STREET

As we’re going to do as the “big-daddy” 1st World countries (US, EU, UK mainly and now China too) believe only they are allowed to … issue our money via our banks … to kick-start our rebuild, our future, the Rand cannot be allowed to leave our borders[xiv]. To continue to allow free Rand flight as has happened the last 24 years is to allow their Reserve Banks, speculators and bullies to junk us[xv].

To do otherwise will be to experience what the US under Bush initiated to sink Zimbabwe.