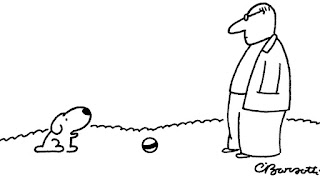 The world is not the way we’re led to see it: it is often of the opposite.
More than ever solutions to political-social-environmental-monetary problems best fit ruling party or involved corporate desires. That’s you left out.

When non-fake facts for hard decisions are needed, engage a stranger, question an enemy.
Their interests lie in being right, in being paid – not in sucking up.
If it’s a game, consult a pal, see what the government said.

Affirmative action destroys: achiever Thomas Sowell[1] condemns 60 years of USA affirmation … it produced the opposite.
Likewise, 4-decades of Malay preference, similar: Group advancement is more about changing underlying value systems summaries erudite Dr Mahathir[2].
Who in South Africa has the new-money after 25-years of promoting those who can’t?
Don’t question what works today, consider, ‘and tomorrow?’

Xenophobia in SA would nearly disappear if there were jobs. Thinking, proud humans aren’t social parasites, but downtrodden and depressed they look for reasons: who better than a different dialect doing better than them on their own turf?

The Black African male I grew up with respected and protected women, children and all things community of all races. But then they had a community, some status (neither the greatest materially) and held their heads high.

The Reserve Bank’s role since 1994 has been to borrow digitally created Rand from Big Brother in Europe/USA and get charged repayments in foreign currency!
Nationalising the SARB will change nothing unless it asserts it’s sovereignty and is used (properly) as SA’s project and growth fund.

In SA that cannot happen. A basic life rule is, never pass your wallet to the corrupt. So what to do when they are the bosses?

Private and corporate debts are the highest in world history, far higher than in 2008. I doubt SA can escape. The quantitative-easing pigeons have to land soon … the private bank run system will collapse and only their owners and the top 15% will be safe. Keep a year’s money at home.

The Universal Basic Income (UBI) concept won’t work in SA. Payments are set at the poverty line, encouraging recipients to find/create work: As much as I like it >50% of SAfrican’s require daily guidance but there are few life-skills teachers in the field/townships/squatter-camps. We’ll applaud the one or two coke-tin artists on FB but what of the 29,999, 998 other needy?

Business must be profitable but, while profit-maximisation remains the goal for the few stock-market owners earth destruction will be the norm. Will you keep buying anyway?

Climate Change worsens every situation.
Think of CC as the champion breaking another 100m record: as the child we’ve sent desperately tries to present the ‘you’re amazing’ bouquet of extinct flowers to CC, it has moved off, re-filling its lungs to scream.


SA opening a couple of high-tech businesses, the government announcing it’s set to train masses to tackle the 4th Industrial Revolution is … naïve.
There will be more jobs created than ever before, but not for most people.

At first machines will need partner-operatives with IQs of around 100 but then they will learn quicker because their ‘value system’ ensures cooperation /learning from each other.

Real brain power is required. Rugby-cricket is different – no worries, jus lite-th-bra, marionette meat, down a be-ya: millions to choose from for people can be trained … to that level.

Chinese IQs average about 101 yet 40% will be of the new ‘useless class’ – robots are everywhere.
Africa’s IQ averages are ≤ 80.
SA’s needs are very different, but it’s taboo to discuss IQ.
‘You’ve cancer!’ ‘Sshh … it will god away.’

Never appeal to friends. A handful bought my book, most sales went to strangers. Friends, said Confucius, rather than support, prefer to see friends fail.

Disaster awaits a friend-run charity shop, business or country.
Friends believe in rights & gratitude. Competent ‘enemies’ have something to prove ….
As entrepreneurs and professionals (mostly white but by % many blacks) leave the world knows SA is rudderless.

It is now known the desire to take-over, to be in control, is not correlated to intelligence[3].

Every issue listed has a simple – hard to do but can do – solution.
But … while SA follows a 500-year-old British party system designed for elite control of the masses, not one solution will see daylight.

That’s a truth a South African in Malaysia has gathered from some of the world’s greatest minds.